This is an incomplete list of my professional work experience. For a more comprehensive list of projects I have worked on, see my body of work. 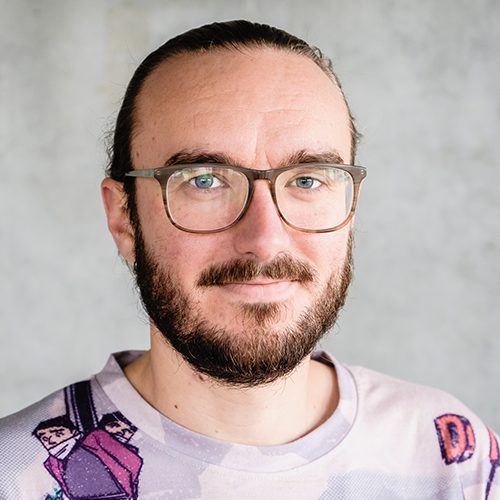 As a freelancer, I have worked on a number of projects. Some are listed here, but you can see a more extensive body of work here.

At Parity I joined the Substrate/Polkadot-Team, where we are building the next generation interoperable blockchain of blockchain and the decentralised stack that will be the infrastructure for the upcoming Web3.

Radikal* is a new progressive initiative for anti-racism in Germany. Aside from an online publisher for articles and educational material on progressive discourse (like the glossary), we are running a fund to provide access to people from marginilized groups in the political processes in Germany.

DEMOKRATIE IN BEWEGUNG is a new progressive movement and political party in Germany. I joined it early on, co-authored its statues and since founding have been leading and programming the product development of our own tools (for participation but also the internal back-office), administrating the technical infrastructure and building the organisation and the community as a whole.

Founder and Director of The Bashy Initiative – taking care of people, who care. The Bashy Initiative is an umbrella organisation for projects, services and events to improve the infrastructure of the open source and non-profit communities, with a focus on the needs, mental health and work life of all its people.

As founder and director I transferred some of my personal projects over to the organisation, am actively building and creating others as well as spread the word about the initiative.

At MaidSafe I was in charge of architecting the APIs, which allow developers to interact with the decentralised SAFE network. As such I remodelled the network-wide data structures to allow for more expansive and scalable workflows and implemented the SDKs for the browser, desktop and mobile SDKs.

Secondly I was giving talks and presentations and facilitated events in order to spread the word and expand the developer and user community.

Founding Core Member of the OpenTechSchool Initiative. A volunteer run non-profit, organising learning events and workshops in coding and tech. As part of the local Team in Berlin, I am helping organising workshops and other events there, on the global level I am overseeing the technical infrastructure and operations. As part of team blueprint I am working on the bigger picture and the more long-term vision and strategies of the organisation.

I joined this communication and messenger startup of Germanys biggest ISP as part of the backend team to restructure and reimplement the backend and database services. Soon after I proposed a structural change to implement the core database replication features on through a cross-platform SDK team which I lead.

Born out of the necessity for a more intense programme in OpenTechSchool, Hackership is a 9-week, self-paced learning retreat for developers. It is organised as a non-profit social enterprise. Next to providing education, it is our goal to help foster a more diverse and welcoming tech culture.

As part of the core team, I help formulate our strategy and execute our long-term visions, during batches I lead the coaches and coach learners coach our learners and oversee internal processes and infrastructure. Within Hackership we’ve built the review app and antelope.

For their externally used Discourse-based support forum NewRelic approach me to develop an Answers & Points plugin for Discourse. Over a the time frame of half a year I lead the specification, design and development of that plugin with the company as well as other subcontractors.

Over the course of one and a half years, I lead the rewrite of Germanys second biggest Question-and-Answer-Community “WerWeissWas.de”, based on a highly adapted Discourse fork. As the chief architect I was responsible to design and implement the system changes for the long-term as well as translate the business requirements into tech specifications the team could implement. As such I was closely working with non-technical and technical personal alike.

Joining this growing startup as a backend engineer for their internal process management and delivery tool, I was responsible for implementing specific Business and Sales-cases on the Django-Rest PostgreSQL-backed Software stack.

As the technical co-founder my primary responsiblity was to build and run the crowdbet betting platform, overseeing the market maker and develope the product further. Aside, I was also helping out with fund-raising, company strategy and business development. .

Designed and implemented a full-featured crowdfunding platform for hollywood movies and high end series. As the key developer I was responsible for the entire Web-Platform from the Django backend to Javascript frontend, as well as managing the project from specifications over design to implementation.

I cofounded Club der Beschleuniger, a collective (Genossenschaft) of software developers, who help startup set up and execute their business ideas by providing technical knowledge, expertise and hands-on coding.

I joined to help get a big client project out of the door, but throughout took over more project responsibility, rebuild the entire release and quality assurance process. Among others, here I started my first in-house startup, socialism.

I joined a team of three in Barcelona, to build an open source set-top-box multimedia center – similar to the AppleTV – called Moovida. As a generalist I was building as much frontend as I was designing and building architecture in the backend of the framework.

I served my civil service as a teacher at an elementary school for mentally disabled kids.